How Often Should You Inspect Your Roof? 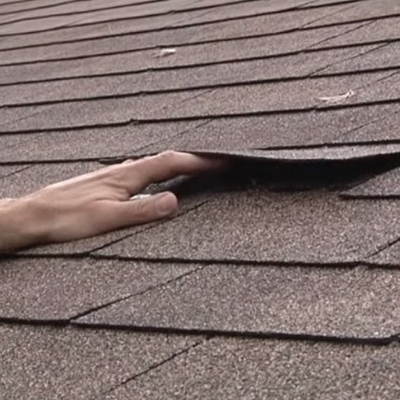 If you had asked me the question posed in that title ten years ago, I might have given you a blank stare.

Inspect my roof? I had NEVER inspected my roof. It would be a safe bet that none of my neighbors ever inspected their roofs either. You’d have a roof inspected when you were buying or selling a house. Other than that, you waited until it wore out or started leaking. Inspect it? For what? You might as well have asked me how often I inspect my door hinges!

When we bought our first home in 1973, the home inspector we hired told us that the roof was basically fine but would need replacement in about five years. We made a mental note of that and did put new shingles on a few years later. We never thought about it again until we put our house up for sale in 2005, at which time we stripped the roof bare and had it reshingled completely.

That was it. Twenty five years or more in which we never gave a single thought to what was sitting above our heads. Even when I went up to clean the gutters, I never looked at the roof.

Our new home is in an over-55 community. It’s a modular home – something that was delivered on wheels in two halves and put together on a slab foundation. We love it – it’s spacious and well-insulated. It lacks some of the features we enjoyed in our former home, but suits us well at this time in our lives.

We were not surprised to learn that the underside should be inspected yearly. There’s a thick plastic covering that defends the bottom of the home from incursion by insects and rodents, but there are pipes that could leak and heating ducts that need looking at. It makes sense to send someone underneath to check all that out.

We were surprised that they recommended inspecting the roof at the same time. Actually, it was a bit more than a recommendation: they told us that they would not honor the roof warranty if we did not have it inspected yearly.

They don’t charge much for this top and bottom look-see. It has been $75 since we first came here, so of course, we had them do it. I thought it was a bit silly, perhaps, but I wanted to protect our warranty and I certainly did think that looking underneath made sense. So let them climb up on the roof while they were here. Fine with me.

To my surprise, when they first went up, I heard hammering above my head. I went outside and when the two young men had come down, I asked them what that was all about.

“Nail guns, mostly”, they explained. “Sometimes the head doesn’t get driven down all the way. They are supposed to check, but we find them all the time. If they don’t get pounded in, they’ll wear through the shingle and you’ll get leaks. Also, sometimes they miss where the nail is supposed to go. We look for them too, though sometimes we won’t see those until another inspection.”

That was true. Although there has been less and less to fix with every subsequent inspection, they always seem to find something that needs some attention.

We also did have a leak that needed fixing. This was caused by the valley formed by our back porch with the main roof joining up right where the stove vents. When we got our first high-wind rainstorm, water dripped down on our stove. The same guys who did the inspection came out for that and cursed the porch people roundly for being sloppy. It took two visits to get it right, though, so perhaps it was more just difficulty than sloppiness.

What to Look For

If you are young enough or spry enough and are not afraid of heights, you can inspect your own roof. You can even get a good idea of basic health just by climbing up the ladder and looking at it with both hands still firmly holding the rungs.

I’ve included a video that shows a typical roof inspection. You’ll find, many, many more on Youtube. If this is something you feel up to attempting yourself, I recommend watching a whole pile of them. You’ll see many kinds of roofs and many problems. Seeing them on real roofs is very educational. 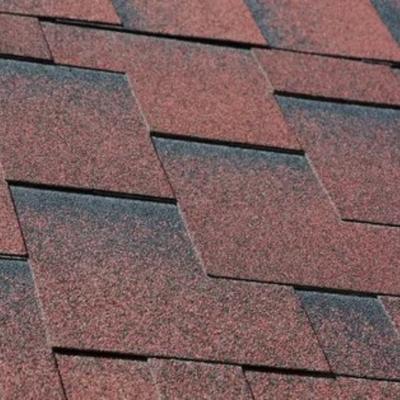 When we reshingled the roof at our other home the first time, it was a do-it-yourself job. My brother-in-law and my father helped me. I was young and strong enough that scampering up a ladder with a 70 lb or more bundle of shingles was easy. I think I still could do it a few times, but I sure wouldn’t want to do a day’s worth of that anymore.

We reshingled right over the existing shingles. Most recommendations are to NOT do that. They say that brittle shingles underneath new can allow nails to work loose more easily and will also cause heat build-up that will shorten the life of the new shingles. My father, being someone who had shingled many a roof, told me not to worry about that. I suspect that he was wrong, but in fact, we never had any trouble with that roof at all.

We did decide to replace it before we sold it in 2005. I regret that decision, honestly. We had bought the highest quality shingles and they really were not showing any signs of excessive wear. However, they were more than twenty years old and as the housing market was starting to crumble just as we wanted to sell, we didn’t want to give any reason for prospective buyers to look elsewhere.

I wasn’t about to do this myself. For one thing, we didn’t have the luxury of time. For another, I was older. We started calling roofing people.

We didn’t want a cheap roof. We wouldn’t have felt right selling our home if we had done that, so we specified the same high-quality shingles we had used before.

The quotes numbed us. Too much money! The housing market was collapsing around us and these quotes would drain away even more money! We called more people and finally found what seemed to be a reputable firm that gave us an estimate that was substantially lower than the others. We called a few references they provided and breathed a sigh of relief. We signed the contract.

I really shouldn’t say “what seemed to be a reputable firm”. That implies that they were not, and I think they basically were. They just did things more cheaply.

That became immediately obvious on the day the crew arrived to take off the old shingles. I spoke to the foreman before they started and asked that they be careful about throwing shingles into the garden plants that surrounded our house. These were beautiful, mature plants and we didn’t want them damaged. Aside from sentimental reasons, damaging those plants wouldn’t help our sales efforts. He assured me that his crew would be careful.

He drove off and the crew started positioning their ladders and climbing up. I stood back and watched as the first shingles were torn off and tossed onto the lawn where other workers picked them up to move to the waiting dumpster. So far, so good.

But as they worked upward, things turned bad. Large clumps of heavy shingles rained down on our plantings. I yelled and pointed. That’s when I found out that not a single one of the workers spoke English.

They knew I was angry and upset and a bit of hand waving and pointing did get my meaning across, but although they were not quite so careless after that, the damage from above continued. My wife was getting furious and so was I. I brought out tarps and built two-by-four tents over the most important shrubs. I was angry, but the workers had their own pressures. They had a job to do and it had to get done in the allotted time. Plants and shrubs were not their concern.

Would we have been better off with one of the higher-cost roofers? I do not know. I do know that if you have similar concerns when you hire a roofer, you need to discuss this ahead of time and get promises in writing. If I had known then what I know now, I would have demanded scaffolding to protect our shrubs. 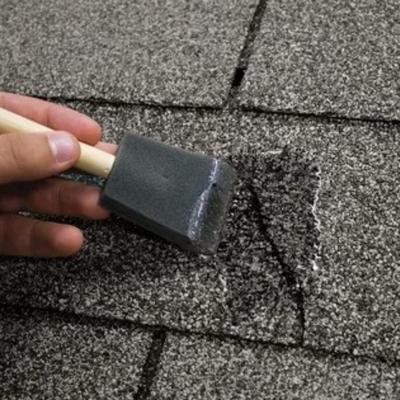 The work did get done and the mess was cleared away. The roof looked good – investing in quality shingles pays off in looks, too. Snow came early that year and so did our sales. We cut our price aggressively as winter set in and had a buyer the very next week. We were relieved. I was not happy to look into the attic space and see water dripping from the interior roof!

This leak was where we had a whole house fan installed many years earlier. It was something we felt added value while we lived there, though the new owners probably would have preferred air conditioning. I was looking in there because we used that space for storage too; I was just triple checking that I had not missed anything. The leak was a nasty surprise.

It was especially nasty as our closing was two days away. I couldn’t sell a house with a roof I knew was leaking! Yes, there was a warranty from the roofing company that would pass to the new owners, but I couldn’t show up at the closing and say “Oh, by the way..”

A blizzard was setting in even as I pondered what to do. I called the roofing company; they said someone would call me back. Someone did, a few hours later. He was in New Hampshire, and we were in Massachusetts, south of Boston. The blizzard was all over New England. He commiserated with me, but there was no way he could get there until the weather broke. How could he fix a roof in the midst of a storm anyway?

I was upset, but I understood. I called the carpenter who had done much of the interior work we had done. I knew him to be a clever and resourceful person, so I asked for his advice.

I was surprised. The storm was howling and this roof had nothing to do with him, but he was willing to come. Amazing.

He showed up the next morning. I helped him rig a ladder and he ascended to that roof. He shoveled off the snow and then stripped back the area that was leaking. Under truly treacherous conditions, he made a repair. The leak was stopped, and it stayed stopped. I paid him well for his time, adding a healthy bonus to what he asked – he deserved it.

As far as I know, that fix held. I went to the closing with a clear conscience and gave the roofing company warranty to the new owners along with the keys and everything else. The blizzard had spent itself out, the sun was shining and we drove off to our new home.

You really should do this

Whether you do it yourself or hire someone, regular roof inspection makes sense. If you can’t find anyone to do it for a reasonable price, consider banding together with a few neighbors so that the inspector can make a good day’s pay in one trip.

Fixing little things before they get worse can keep you from much more expensive work later. You might think, as I did, that yearly roof inspections are too often, but as I said, they have found at least something every single year.